CPB Contractors, in joint venture with Ghella, has been selected by the NSW Government to deliver the Sydney Metro - Western Sydney Airport Station Boxes and Tunnelling Works (WSA-SBT).

The city-shaping project, from St Marys through to the new airport and the Western Sydney Aerotropolis, will provide a major economic stimulus for western Sydney, supporting more than 14,000 jobs during construction for the NSW and national economies.

The Sydney Metro-WSA-SBT project involves the design and construction of 9.8 kilometres of twin tunnels and excavations for stations at St Marys, Orchard Hills, Airport Terminal Station, Aerotropolis Station and service facilities at Bringelly and Claremont Meadows.

The Sydney Metro – Western Sydney Airport project has received planning approval from both the Australian and NSW Governments and construction started in 2020. Major construction, including station excavation, is set to start in late 2022.

Tunnelling will start in early 2023. 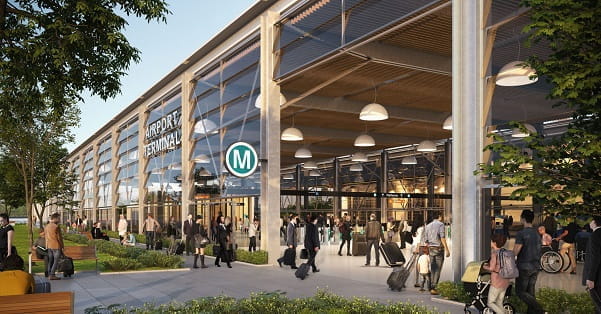 Documentation developed for delivery of the Sydney Metro-WSA-SBT project can be viewed below.

Planning Approvals can be found on the NSW Department of Planning and Environment website.

Information on the delivery of Sydney Metro – Western Sydney Airport can be found at the Sydney Metro website.

If you would like to enquire about any aspect of the project, please click here to get in touch.