We are thrilled to celebrate two of CPB Contractors own - Laura Barnes and Jenny Lai - who received a NAWIC award at the 2021 NAWIC WA Awards for Excellence ceremony on Friday.

Laura is a Senior Project Engineer within the NEWest Alliance; she was awarded the TBH Outstanding Achievement in Construction Award. We congratulate Laura on being recognised for her unwavering efforts to coordinate the protection of major services, stabilising ground surface, and installing Australia’s largest tee-roff beams to ensure works at Ranford Road bridge met its construction schedule.

Jenny is an Environmental Coordinator at our South Flank Mac site; she was awarded the Curtin University Excellence in Sustainability Award. We congratulate Jenny on being celebrated for her role in coordinating the diverting of 11,000 redundant railway sleepers from landfills and having them upcycled as floodway rip rap. The initiative eliminated carbon dioxide emissions, diesel consumption and conserved rock material otherwise needed for the rip rap.

The NAWIC Awards showcase the achievements and industry advancements of women, men and organisations in the construction industry, and we could not be prouder of Laura, Jenny and their teams on being recognised for their excellence in the Australian construction industry. 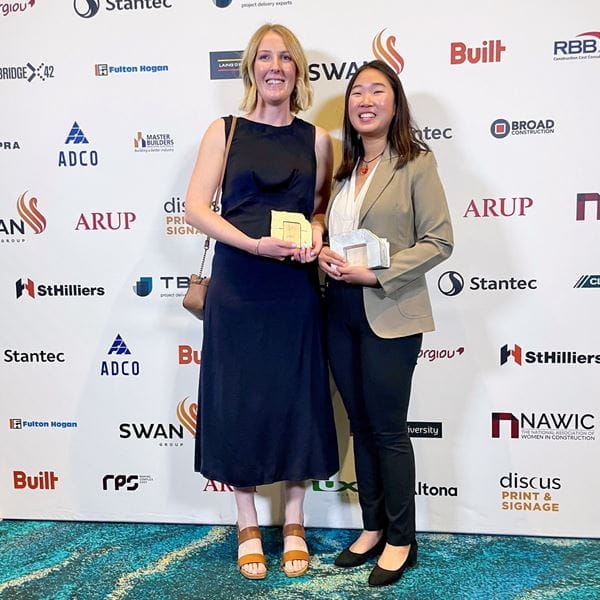